The threshold to make Forbes’ China Rich List, a ranking of the Asian nation’s 400 wealthiest people, rose to $1.55 billion, up 55% from the $1 billion cutoff last year. Collectively, the 68 newcomers to the list are worth over $181 billion, with fortunes stemming from e-cigarettes and pharmaceuticals to electric cars and e-commerce.

The vast majority of the newcomers are self-made and became billionaires in the past seven months, thanks to either an IPO or a jump in the stock price of a company that was already listed. The richest newcomer is former dairy engineer Leng Youbin, chairman and CEO of infant formula maker China Feihe. The Beijing based firm was formed in 1962 as a state-owned company and Leng led its privatization in 2001, eventually gearing the business towards middle and high-end infant formula. It now claims to have a 25.5% market share of high end baby formulas in China, and listed on the Hong Kong Stock Exchange in November 2019. Leng, who owns roughly 45% of the company, is worth $9.9 billion.

The second richest newcomer on the list is Smoore’s Chen Zhiping, China’s first vaping billionaire. Founded by Chen in 2009, Smoore International Holdings supplies components for vaping devices to the likes of Japan Tobacco, British American Tobacco and NJOY; it also sells its own brand of vapes, also known as e-cigarettes. The Shenzhen based company says it was the world’s biggest vaping device manufacturer in 2019, based on its revenue of more than $1.1 billion. Chen, who is also the chairman and CEO, took Smoore public in July, raising more than $900 million on the Hong Kong Stock Exchange. The stock has shot up 20% since its debut, giving Chen a fortune of $9.55 billion. (Smoore cofounder Xiong Shaoming is also a billionaire, but fell below the cutoff for the China Rich list with a $1.45 billion fortune.)

Following Chen are brothers Ruan Liping and Ruan Xueping, with net worths of $6.86 billion and $6.85 billion. The duo founded electrical products supplier Gongniu Group, which manufactures wall sockets, power strips, light switches, circuit breakers and LED lights. The group’s name, which is Chinese for bulls, stems from Ruan Liping’s love of basketball superstar and former Chicago Bulls player Michael Jordan. The brothers, who founded the firm in 1995, took it public in February 2020; they still oversee the business as chairman and vice chairman.

In a year where Covid-19 dominated the headlines, it’s no surprise that the fastest way to the top in China is through healthcare. Almost one third — 22 of 68 — newcomers made their fortunes in the medical industry, from pharmaceuticals and biotech to medical equipment and private hospitals. The richest of the bunch is Contec Medical Systems’ Hu Kun, who took his company public in August. The firm, which produces devices like pulse oximeters, electrocardiographs and patient monitors, saw its shares more than double in price on its first day of trading; Hu is now worth $4.72 billion.

A fintech giant’s potential IPO has minted seven new China Rich List members. Ant Group, an offshoot of e-commerce giant Alibaba and the firm behind China’s popular online payment platform Alipay, has been preparing for a dual listing in Shanghai and Hong Kong in what is hailed as the biggest IPO in history. The listing was delayed by Chinese regulators on November 3, after Forbes finalized the rankings on October 26.  Filings show that several senior executives, including former CEO and current chairman Eric Jing, will become billionaires thanks to their shares in the company (Forbes applied a 10% discount to the IPO price of HK$80 and RMB 68.80, which was set on October 26.) A former executive at Pepsi-Co, Jing joined Alibaba in 2007 before taking the reins at Ant group.

Here are the 10 richest newcomers on the China Rich List; net worth estimates are as of October 26, 2020.  Yuan Liping is the only woman among the wealthiest newcomers. 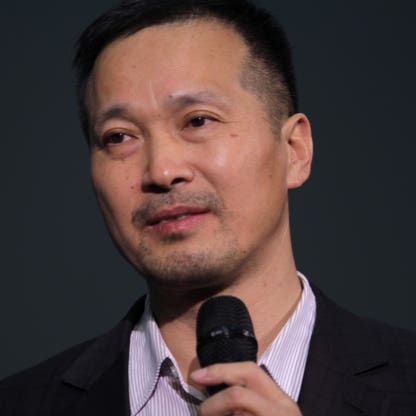 Methodology: This list was compiled using shareholding and financial information obtained from the families and individuals, stock exchanges, analysts and regulatory agencies. Private companies are valued based on similar companies that are publicly listed. Collateralized shares are discounted. Unlike the Forbes World’s Billionaires list, this list includes spouses who are involved in their partners’ business. To facilitate comparisons of success among those with similar backgrounds, some entrepreneurs born in mainland China are included who make their money there but whose citizenship is outside of mainland China. Some estimates also include assets owned by other family members.

6 Facts Of Life That Will Change How Your World

Delhi gets a smog tower, but Kejriwal’s ‘India’s first’ claim is wrong

Here’s what separates the rich from the poor